Smartsite has been involved in front-end and back-end web development commercially since April, 2000. We have worked for private and government agencies based in Adelaide and interstate, including:

*Please note that we are unable to accept or quote on contract or freelance work at this time, due to other commitments.

In 2003 Bike SA made the leap from paper-based to an entirely online event entry system.  Smartsite developed the web-facing forms, and back-end administration system. Much double handling and paper-shuffling eliminated!

Swellnet V2.0 was the biggest expansion since starting as a FAX service in 1999. At go-live the site served daily surf reports and forecasts from Perth to The Gold Coast, and everywhere in between. We built the tech that made the whole thing work. 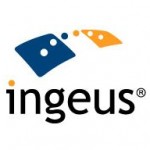 In 2003 Clements Recruitment were charged with managing applicants for the national Job Network under the Employment Services contract. Not only did we helped build a web portal that allowed them to recruit and process 4,600 candidates ( the largest single online recruitment ever achieved in Australia ). We did it in 10 weeks.